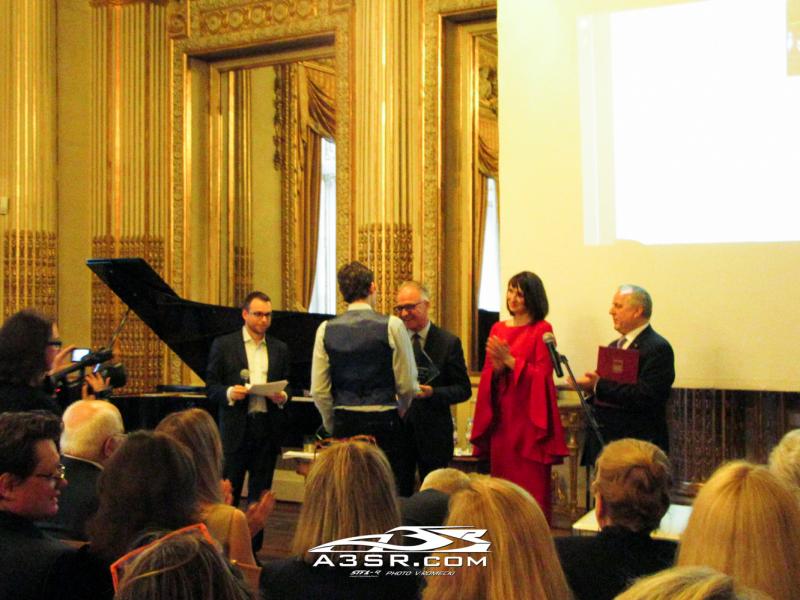 The association Floenterteam and Teraz Poslka, organizers of the "Polish of the year in France" rewarded like every year some Polish, which are promoting Poland with their actions and activities.

Stefan Romecki had the honor to receive from His Excellency Mister Andrzej Byrt, Polish Ambassador in France, the award of the Young Polish 2016, for his actions in favor of the Polish Motorsport and Design.

"That's a real honor to be chosen to get this prestigious Award and to represent Poland all around the world.

I want to dedicate it, to everyone which are working hard, making us going further, as a racing driver and as a designer. So everyone who believe in me".

During this event we also presented the RacingForPoland Academy program.

This will help the Polish who are starting a career in international Motorsport, with the support of our major partners in management, coaching and engineering.

These partners are among the best professionals in world's Motorsport, so this is a unique opportunity for Poland to shine at the top.